A printing press that uses a laser system to image plates directly on the plate cylinder is referred to as direct-imaging press. The first printing press with on-press platemaking capabilities was introduced in 1991. This two-up press was Heidelberg GTO Dl, Figure 3-3. ("two-up") indicates a press capable of printing a press sheet containing two 8 1/2 x 11 in. papes) Since that time, many major press manufacturers have announced their own versions of similar equipment. In addition to the original two-up format, four-up and eight-up formats are now available.

Direct-imaging presses were introduced to lower the cost of shortrun color printing in the 500~20000 copy range. Print customers want shorter run lengths. faster turnaround, and lower costs, and these presses were designed to address those customer demands. 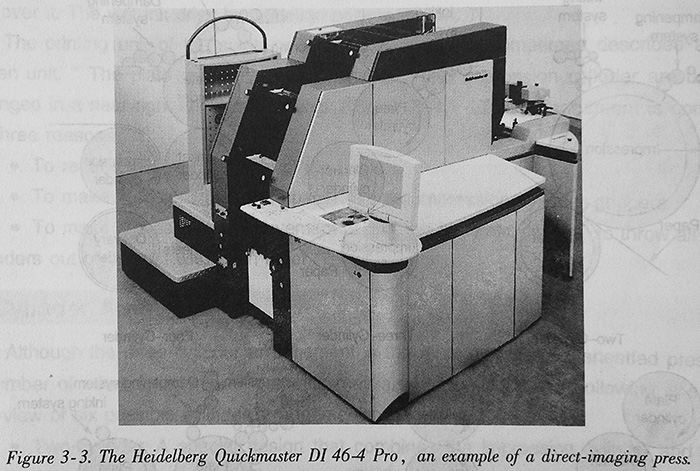